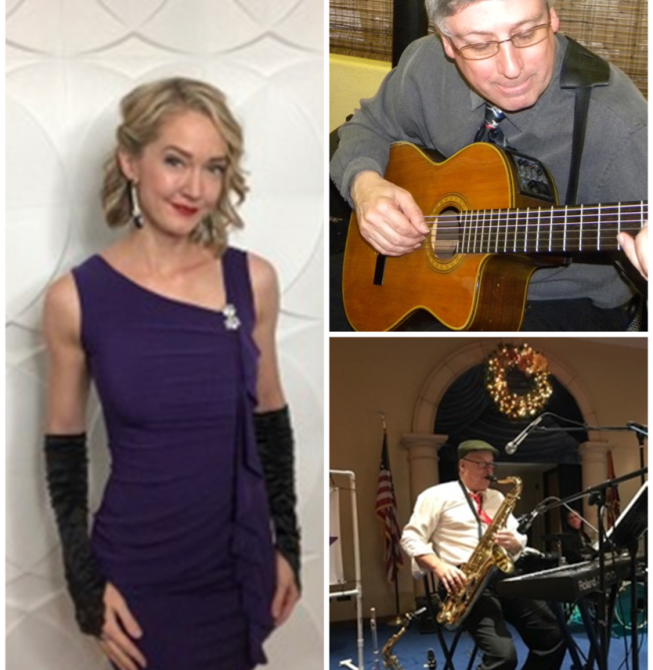 Elise Hurst - is a singer and actress performing in local films, commercials and theater.  She has performed improv comedy and sung at various venues throughout Arizona for over 20 years.  Most recently she won 1st place in the 'Ultimate Singing Competition' which was judged by Gwen Stefani and Blake Shelton competing against contestants worldwide. 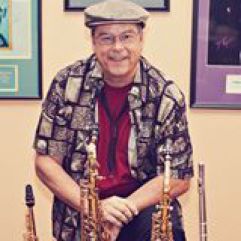 Doug Mossing - has played in Bands since he was in High School, performing in rock bands on sax and organ, Irish whistle in Celtic groups as well as Sax and flute in several dance and jazz bands. 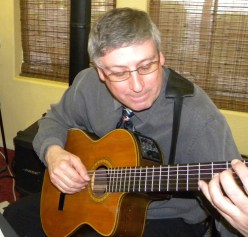 Bill Applegate - has performed as a solo guitarist, and with a wide variety of professional groups and ensembles.  Bill has had the opportunity to perform at such places as Carnegie Hall and The Grand Ole Opry.  Also, Bill has been fortunate to perform for such people as President Clinton, Prime Minister Tony Blair.  Bill has performed with many prominent musicians including Bill Anderson and Sammy Nestico.  Recently Bill has completed a Master’s degree in Jazz Guitar Performance at the University of North Texas’ premier jazz department.

Gregg Delfiner - Drums, I have been teaching and playing professionally for over 40 years. Some of the many highlights of my career include:

* Traveled throughout the US, Mexico, Argentina with "Up With People."

* Performed with SCC Big Band and The Swingtips. Traveled extensively thourghout     the United States and London with this band, as well as recording numerous CD's

* Have played with jazz greats; Howard Alden, Dickie Thompson and George Cables    and opened for the Big Bad Voodoo Daddy.